After finishing school, Adolph Gottlieb underwent rigorous artistic training, enrolling in the Art Students League in New York in 1919, where he studied with John Sloan and Robert Henri. Two years later, Gottlieb traveled to Europe as one of the first artists of his generation to go abroad. Over the course of a year, he traveled to Berlin and Munich as well as attending drawing classes at the Académie de la Grande Chaumière in Paris. He returned to New York in 1923 and studied at the Parsons School of Design, Cooper Union, and the Educational Alliance Art School. Along with Mark Rothko, Gottlieb was a founding member of “The Ten”, a group of artists that advocated abstract and expressionist painting, as well as of the “New York Artist Painters” (1943), which also included Rothko and John Graham.

Gottlieb was particularly influenced by non-western art, above all Tribal Art by American Indians and myths, often of a primordial kind. "Pictograph”, from 1944, is part of Gottlieb‘s series of the same title, which he first began in 1941. These works represent his goal of creating an emblematic and mythic symbolism. As is the case in this painting, all pictographs are based on abstract grids that contain hieroglyphic forms, primal figures, triangles, and decorative symbols. In 1949, Gottlieb began developing the “Unstill Life” series, which focuses on form, as well as the “Labyrinth” series, which features the grid; in these works, he examines fundamental dualities. In 1951, the artist created his “Imaginary Landscapes”, which emphasize polarities. In the works, two contrasting forces – such as sun and moon or night and day – oppose each other on two horizontally divided planes. As of 1955, Gottlieb began working on a series entitled “Bursts”, reductions of the “Imaginary Landscapes” positioned in a vertical format. They are based on a disc symbolizing the order of the cosmos, with the other half of the canvas featuring an abstract form hinting at the chaos of existence. The disc placed in the upper or lower half of the composition represents tranquility, while the other half is dominated by restlessly drifting shapes. Gottlieb often used fine brushstrokes to complete the overall meditative quality of his work. The use of several limited and contrasting colors intensifies the theme of opposition. Gottlieb continued experimenting with dualities in his late work as well, focusing on strong colors with an accompanying reduction of formal composition. 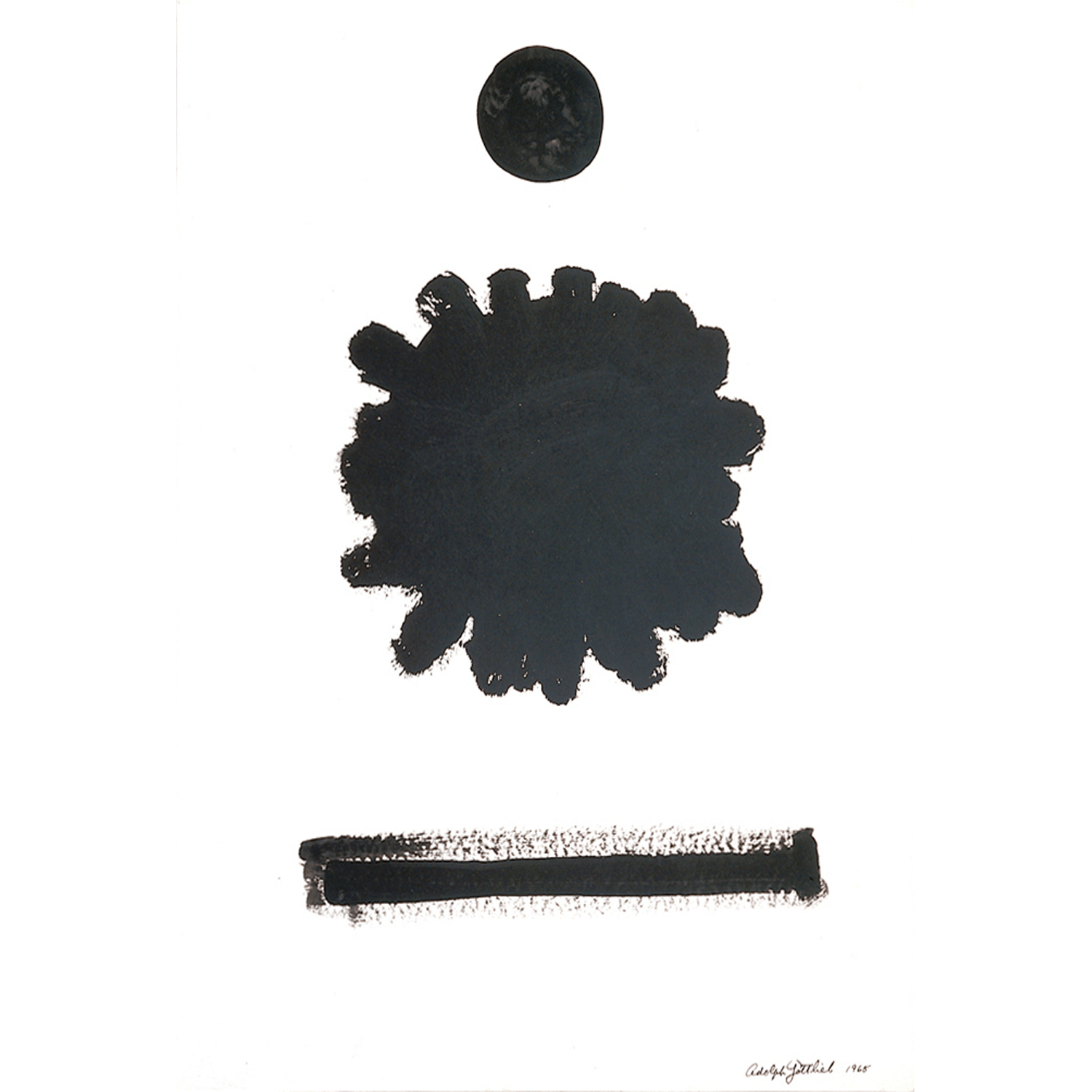 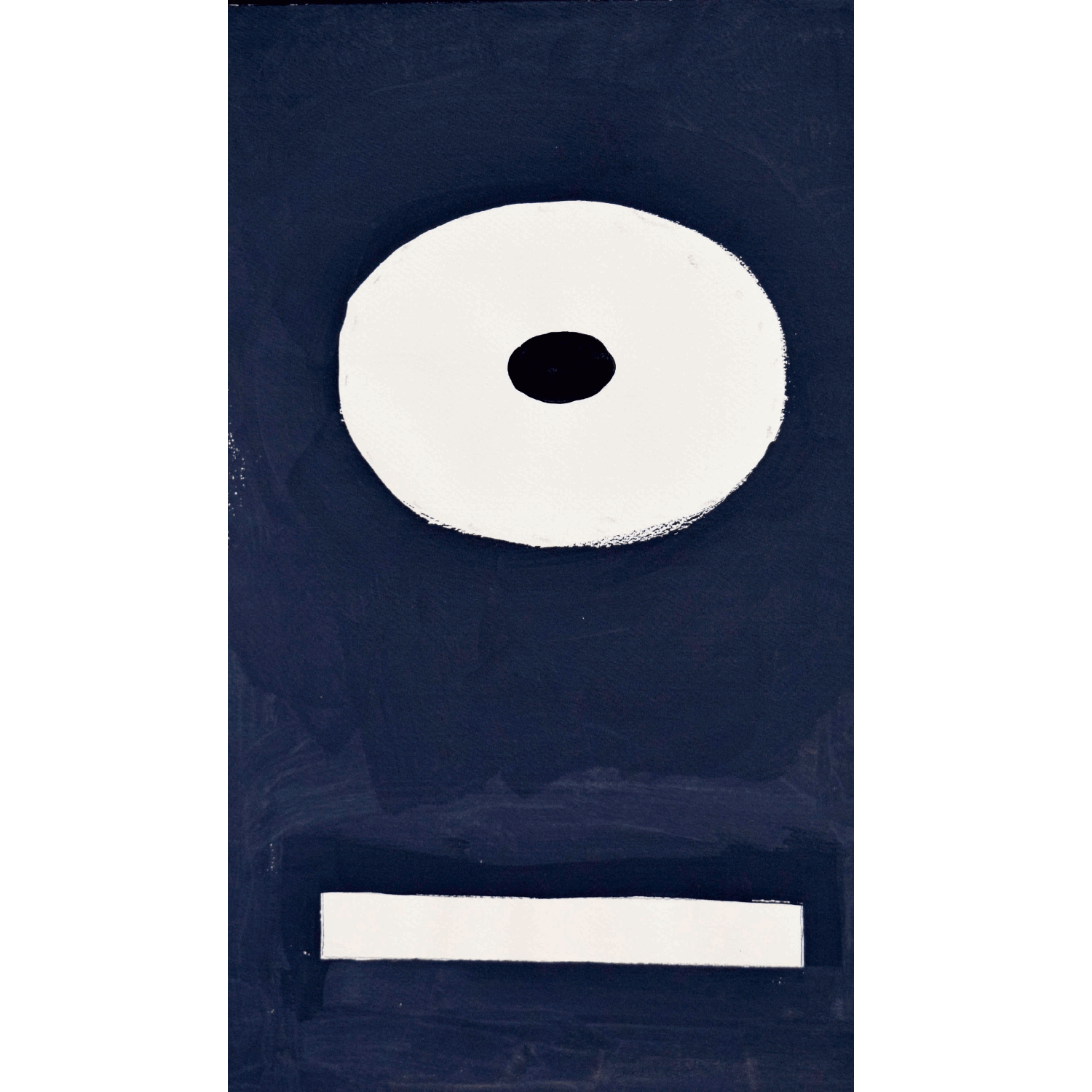 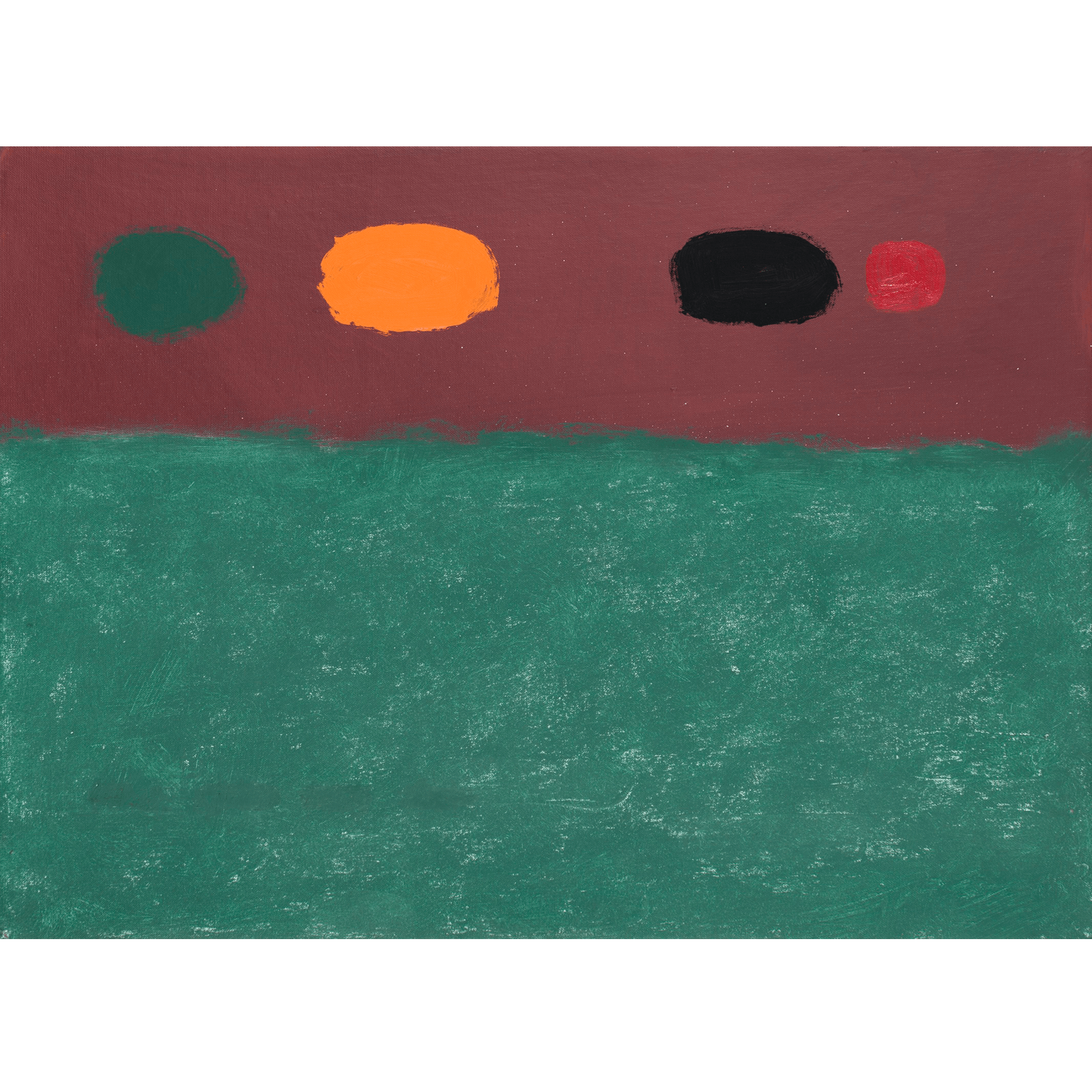 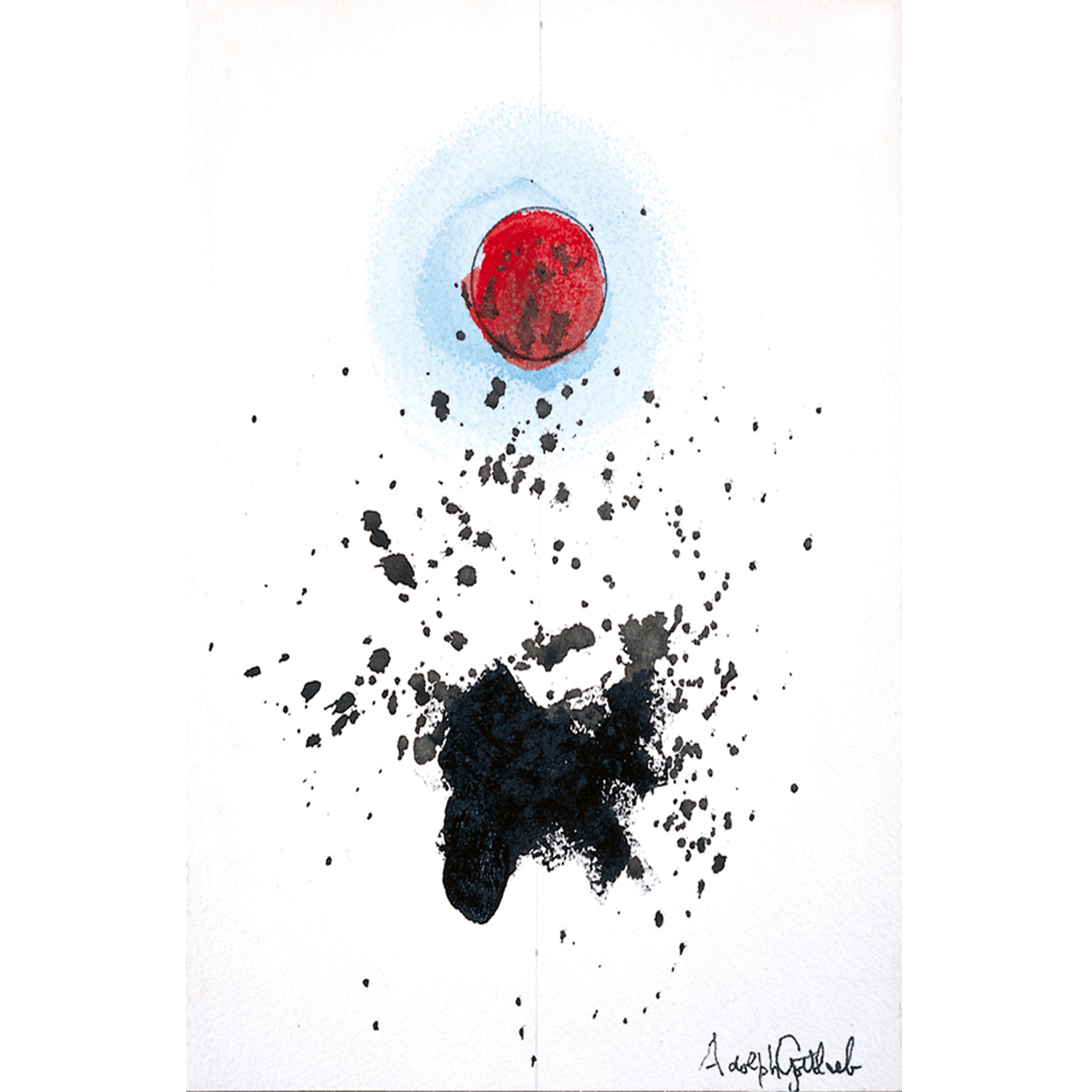 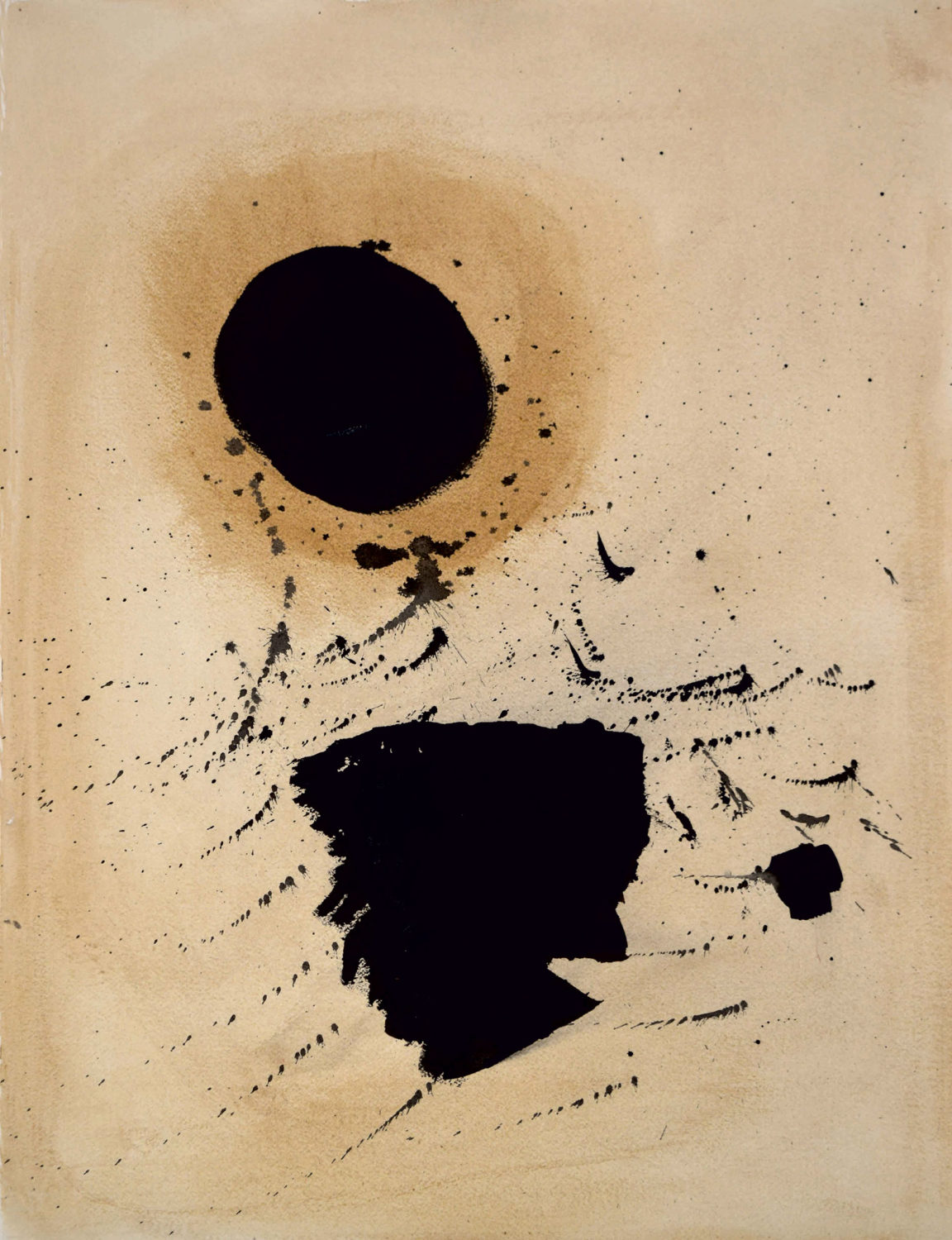